The final Participants have been selected

All of the 8 qualifiers on each platform – PC and PS4 – for the Project Cars 2 A1 eSports League are finished and the 16 participants for the offline final in Vienna have been decided.

The first place of the PC qualifier is taken by the Finish racer topa with a comfortable lead followed by YoohanTV and Oscaro Rotax both due to the same points achieved on place two.  Topa showed strong consistency with five top three finishes with a total of two wins. Yoohan also displayed really impressive racing skills with three first place finishes. The fourth slot for the offline final went to the British racer F4H Jaaames28 followed by VP_Isaac21 on the fifth place and Danish racer Frede on the sixth place.

The PS4 qualifiers were dominated by the Czech driver TRL_MAGICMSM – he finished each qualifier in the top3 and won a total of four – a really dominant display of his skills. MAGICSMSM is followed on the second place by VP_boxer4everr with a total of three wins and on the third place the French racer DriverR1 with four top three finishes in total. The last three remaining slots for the offline final in Vienna are taken by GTA_matty234 on the fourth place followed the German racers of VP-Gaming.de Darwin_Daume on fifth and ockerocker on sixth place.

The Austrian only Wildcard PC qualifier has been won by madpew followed by Hadi on the second place. The PS4  Austrian only Wildcard  Qualifier was won BrickPsychosis followed by Wetdogmccain on the second place.
The offline event will take place at the 4GAMECHANGERS Festival 2018 in Vienna, Austria on the 20th of April. The event will feature 16 of the best ProjectCars2 racers in Europe competing for a total prizepool of 15.000€. Information about tickets for the A1 eSports League powered by ESL Final will be released soon. 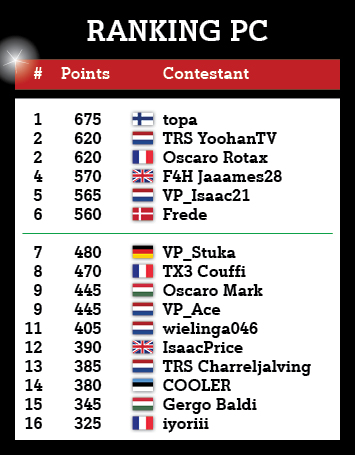 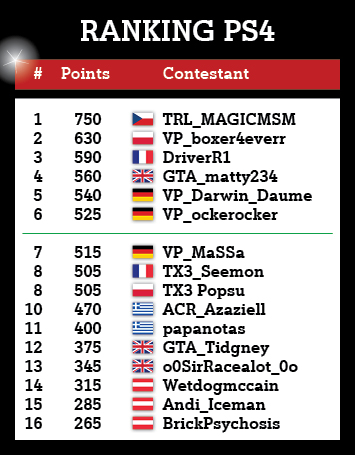